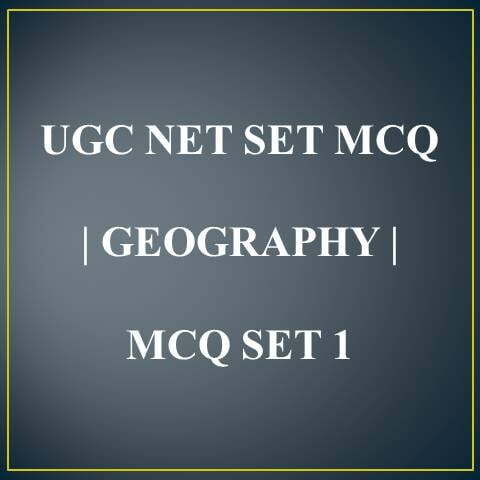 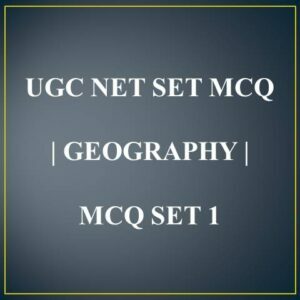 We are offering now a  GEOGRAPHY Free MCQ SET with different SETs.

1➤  MCQ.1. The oldest inhabitants of India are considered to be:

4. Zanskar Range What is the correct sequence of these from south to north?

6➤ MCQ.6. The smallest Union Territory is:

7➤ MCQ.7. If the usual rule of calculation of time were applied for the extremes of Gujrat and Arunachal Pradesh, then approximately time: [CPO AC 2003]

8➤ MCQ.8. Which one of the following gives the correct sequence of places going from the east to the west of India?

11➤ MCQ.11. Amongst the following Indian States which one has the minimum total forest cover? [IAS 2004]

12➤ MCQ.12. Consider the following places of Kashmir region: 1. Srinagar 2. Gilgit 3. Kargil 4. Banihal Arrange the above places from north to south using the code given below: [CDS 2010]

13➤ MCQ.13. Which of the following is not true with regard to the coastal plains of India?

15➤ MCQ.15. The ‘Mahe region’ located on the western coast of India is politically a part of the Union Territory of: [NDA 2002]

16➤  MCQ.16. Identify from the following states of India through which the Tropic of Cancer passes and arrange them from east to west:

Select the correct answer using the code given below: [NDA 2011]

22➤ MCQ.22. Which of the following is the capital of the Union Territory of Dadra and Nagar Haveli? [UTI 1993]

23➤ MCQ.23. “This Union Territory possesses a coastal stretch of about 45 km with 28 marine fishing villages. However 45% of the population is engaged in agriculture and allied products”. Which among the Territories is referred passage?

1. Assam shares a border with Bhutan and Bangladesh.

2. West Bengal shares a border with Bhutan and Nepal.

3. Mizoram shares a border with Bangladesh and Myanmar. Which of the statements given above are correct? [IAS 2006]

26➤MCQ.26. Consider the following statements: Among the Indian States:

1. Andhra Pradesh has the longest coastline

2. Gujarat has the highest number of airports Which of the statements given above is/are correct? [IAS 2004]

27➤ MCQ.27. Which one of the following groups of Indian states has a common frontier with Bhutan? [CDS 2001]

28➤ MCQ.28. Among the Union Territories which has the highest literacy rate?

4. Sun Temple (Konark Temple) Which of the above are included in the World-Heritage List of UNESCO? [IAS 2005]

30➤ MCQ.30. Amritsar and Shimla are almost on the same latitude, but their climate difference is due to [BPSC 2011]

31➤ MCQ.31. Which of the following passes and locations is/are wrongly matched?

32➤ MCQ.32. The Karakoram Highway connects which of the following pairs of countries? [Bank PO 1991]

33➤ MCQ.33. The Vindhyas belong to which class of mountains?

34➤ MCQ.34. Considering the location of mountains in India which one of the following is in right sequence from south to north? [NDA 1992]

38➤ MCQ.38. The Himalayan mountain system belongs to which one of the following? [Asstt Grade 1991]

39➤ MCQ.39. The States which have common borders with China are:

41➤ MCQ.41. Arrange the following religious groups in increasing order of their population in India:

3. Satpura Range What is the correct sequence of the above from the north of the south?

44➤ MCQ.44. To which group do the tribals of central and southern India belong?

45➤ MCQ.45. Between which one of the following pairs of islands is Duncan Passage located? [IAS 2008]

47➤ MCQ.47. Which of the following would have to be crossed to reach Sri Lanka from Nagercoil?

48➤ MCQ.48. Which one of the following Indian states does not have a common international border with Bangladesh? [CDS 2008]

49➤ MCQ.48. Which one of the following Indian states does not have a common international border with Bangladesh? [CDS 2008]