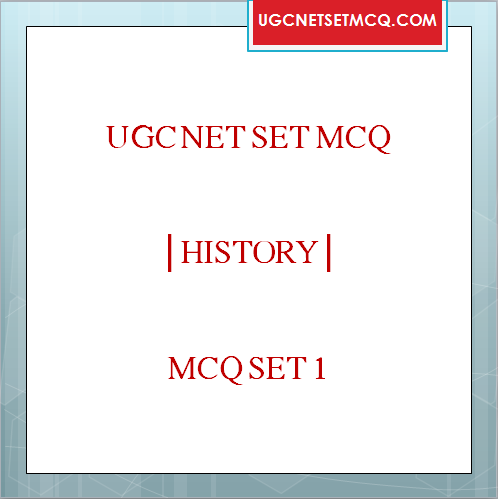 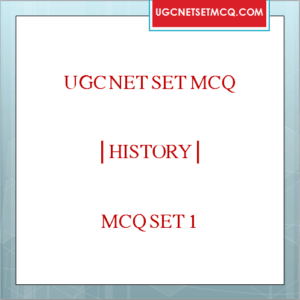 UGC NET SET MCQ | HISTORY MCQ SET 1  given 25 MCQs are given below with answers. Coverage of all important topics.

The ideal guide for independent study.

The excellent aid for better rank. Perfect for all competitive exam. It is helpful for UGC NET examination study.

Candidates who are preparing for competitive exams should refer to this page as it is included with history questions with answers.

You Can translate into language with the help of translate button which is available at the right side of site bar of this blog.

Answers are shown in the Red bold format.

1➤ Third Anglo-Maratha War was held in

3➤ MCQ.3. How did people adapt to their new environment?

5➤ MCQ.5. Steps carved in a slope to allow for farming


8➤ MCQ.8. Which of the following is NOT a branch of the government?


10➤ MCQ.10. During the last Ice Age the oceans became more shallow, because

11➤  MCQ.11. The comprises the basins of many rivers which have became seat of many great empires.


12➤ MCQ.12. Bhagat Singh and B.K. Dutt threw a bomb in the Central Legislative Assembly on 8th April 1929 as a protest to which of the following Bill/Act?

13➤ MCQ.13. Define the followings terminologies in reference to architectural development of a country:2) Exogenous

14➤ MCQ.14. what is the egyptian civilization famous for?


15➤ MCQ.15. deals with hymns recited during the performance of the Yajnas.

17➤ MCQ.17. Who was the only Mughal king who was illiterate

21➤ MCQ.21. Which of the followings refer to the innermost sanctum of a Hindu temple?


22➤ MCQ.22. Who was the Governor General of India when Vernacular Press Act was introduced in India in 1878 AD?


23➤ MCQ.23. Who had courts for playing a game like modern day basketball?


24➤ MCQ.24. Indian national Congress was formed when how many delegates met in Bombay in December 1885?

25➤ MCQ.25. Totem poles and wooden masks were from which Native American group?